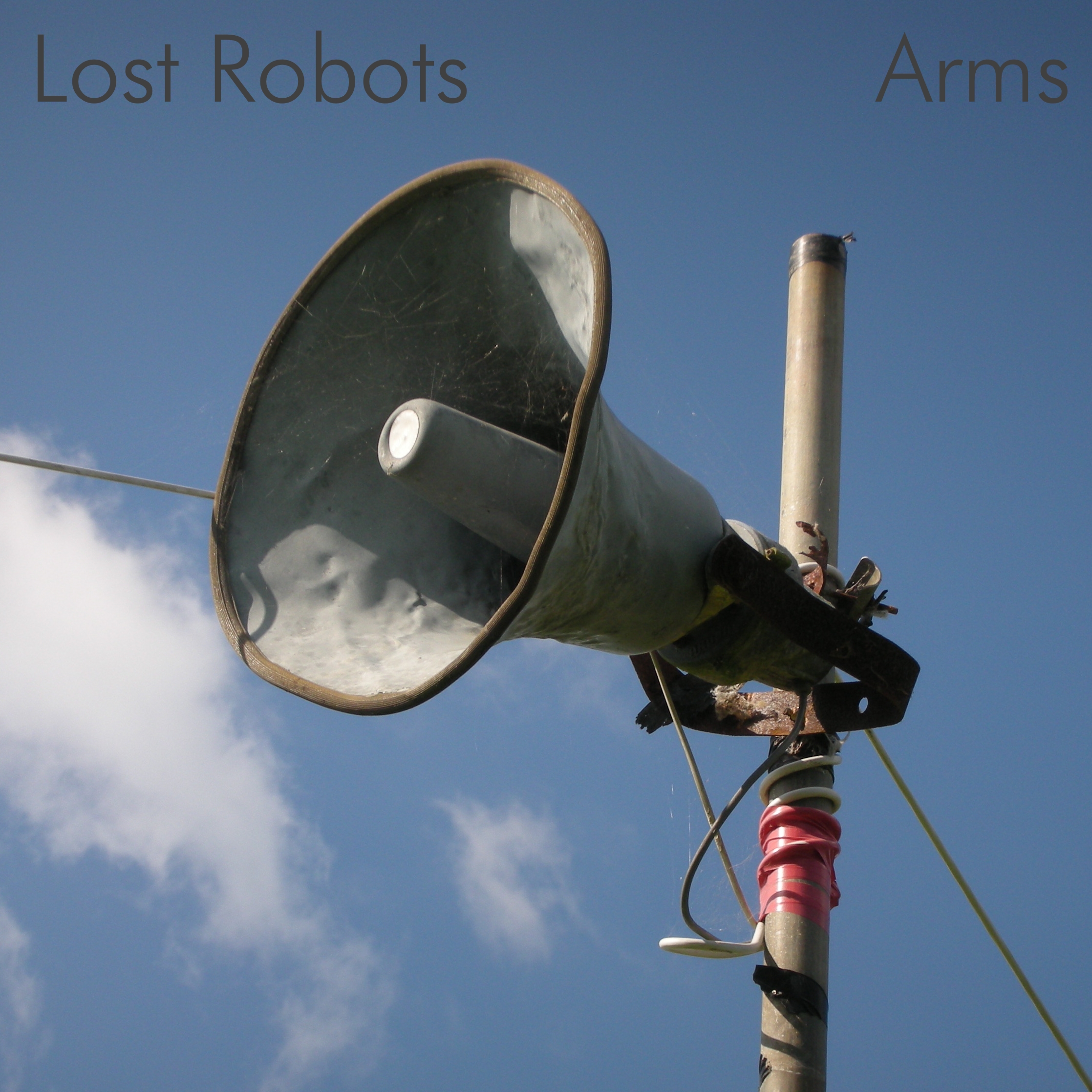 "Arms" is the long awaited second studio album by the London avant-rock quartet Lost Robots, the follow up to "No" released by Orchestra Pit Recordings. This has a more cohesive feel, as there's less instrument swapping and more definite "band-feel". The usual influences are noticeable - early Can, This Heat, "Hex" period Fall and Italian Gallo soundtracks. Vocals are tackled by Richard Sanderson and Mark Braby and each includes a spoken word piece with musical backing. The music was entirely improvised in the studio and then edited and overdubbed, to create a powerful document of a band struggling to contain its enthusiasms.
Mark Braby - Drums, Vocals, Andy Coules- Bass, Clive Pearman - Guitar and Richard Sanderson - Organ, Clarinet and Vocals.