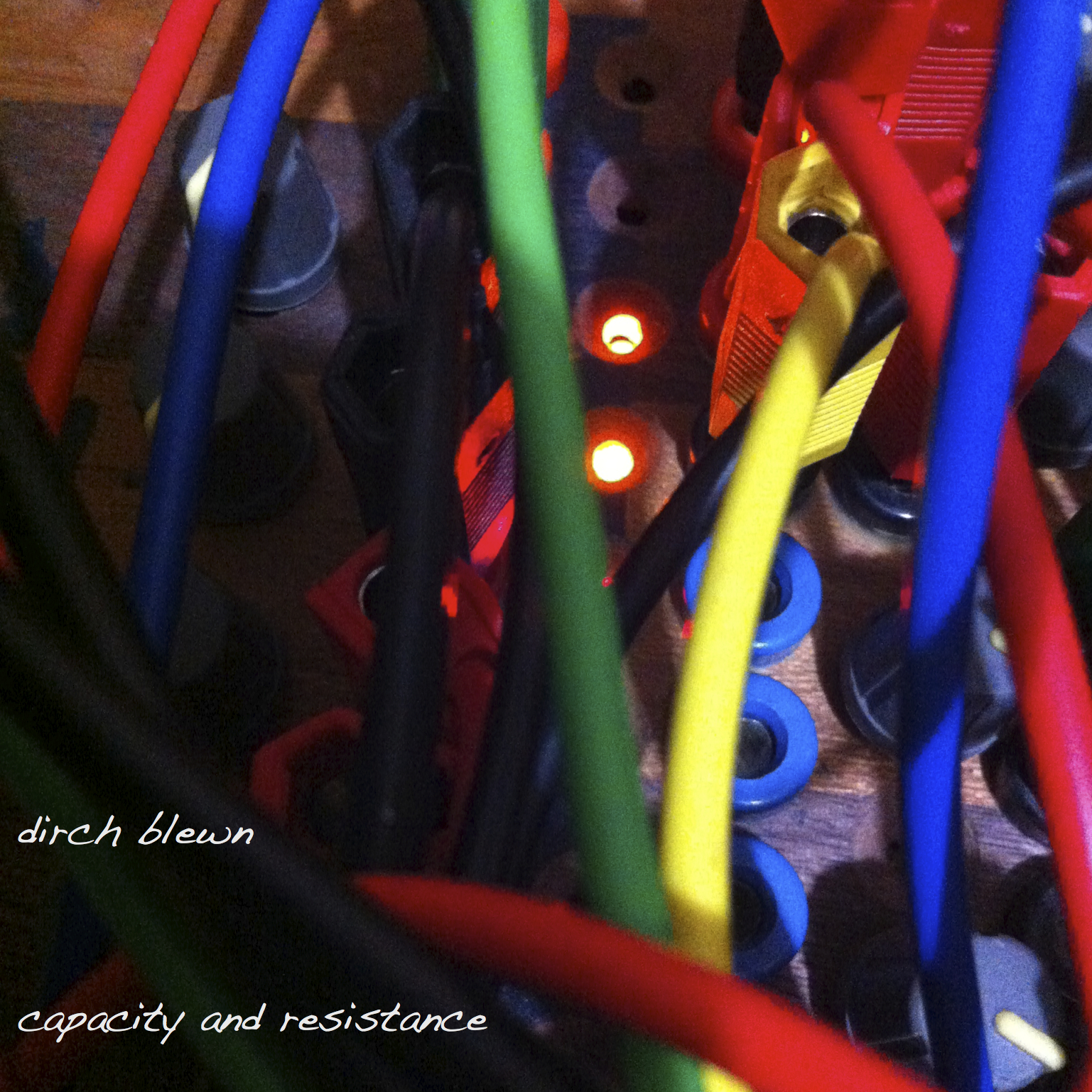 Dirch Blewn is the project of musician David Bloor. He records and performs the instruments of Peter Blasser. Recorded live with a few overdubs this music is the sound of capacitors charging and dissipating, of gesture with no finesse, of fish guts and physical connection with wires. Flexing wood and the smell of tung oil. It’s about the drum of Tommy Lee added to some drama from Pamela, the heady mix of surfboards and silicon. The remnants of squeezing jelly ass signal into 8 bits and ultrasound. The sound of woodpile, chaos theory, kiri with a cardboard box, industrial components and paradox.
For more information on Peter Blasser go here www.ciat-lonbarde.net or petermopar.blogspot.co.uk
For Dirch Blewn go here www.dirchblewn.com
Linear Obsessional is delighted to release this mesmeric work as a free download as a precursor to an album of shorter works to be released later in the year...
credits
released July 17, 2016
Capacity & Resistance was recorded on two plumbutters, cocoquantus, sidrax and tetrax.